Posted in Behind the Scenes, Editorial, Fashion, Photography, Portraits, Published, Style
by admin02/22/2018

Africa is a continent brimming with a rich amalgamation of raw materials and endless inspiration spanning thousands of cultures. That influence is visible from head to toe in its inhabitants, from the immaculately decorative geles worn by Yoruba women in Nigeria to the intricately weaved kanga of the Masai in Kenya. Still, it sometimes takes a foreigner with ancestral roots to see how those styles might strike a chord outside a country’s own borders. That sort of person is Aurora James.

Over the course of several visits to the continent, the New York-based Ghanaian-Canadian became particularly mesmerized by traditional South African shoemakers. Fortunately, she allowed that inspiration to guide her to launch her critically acclaimed label Brother Vellies in the Spring of 2014. The thought behind the brand was simple yet profound: to preserve the shoemaking craft in Africa and create new jobs for the artisans, specifically South-African shoemakers. Her effort paid off quickly — and bountifully.

In 2015, James was selected as a Council of Fashion Designers of America/Vogue Fashion Fund Award winner, becoming the first black woman to ever receive the coveted honor. She has gone on to show her collection in New York for six seasons and supported many artisans and South African children by working with a local school and using a portion of Brother Vellies sales to support their education. Even with all her accolades and the weight of maintaining the momentum of a flourishing brand, James remains unfazed. Today, she’s steadily focused on impacting change outside of the confines of shoes and growing her brand to include other kinds of apparel. To better understand her past inspirations, current goals, and future prospects, we sat down with James, who seemed at ease calling between meetings on a Tuesday afternoon in New York. From our brief chat, we found ourselves even more enthused about what’s next for James and Brother Vellies. 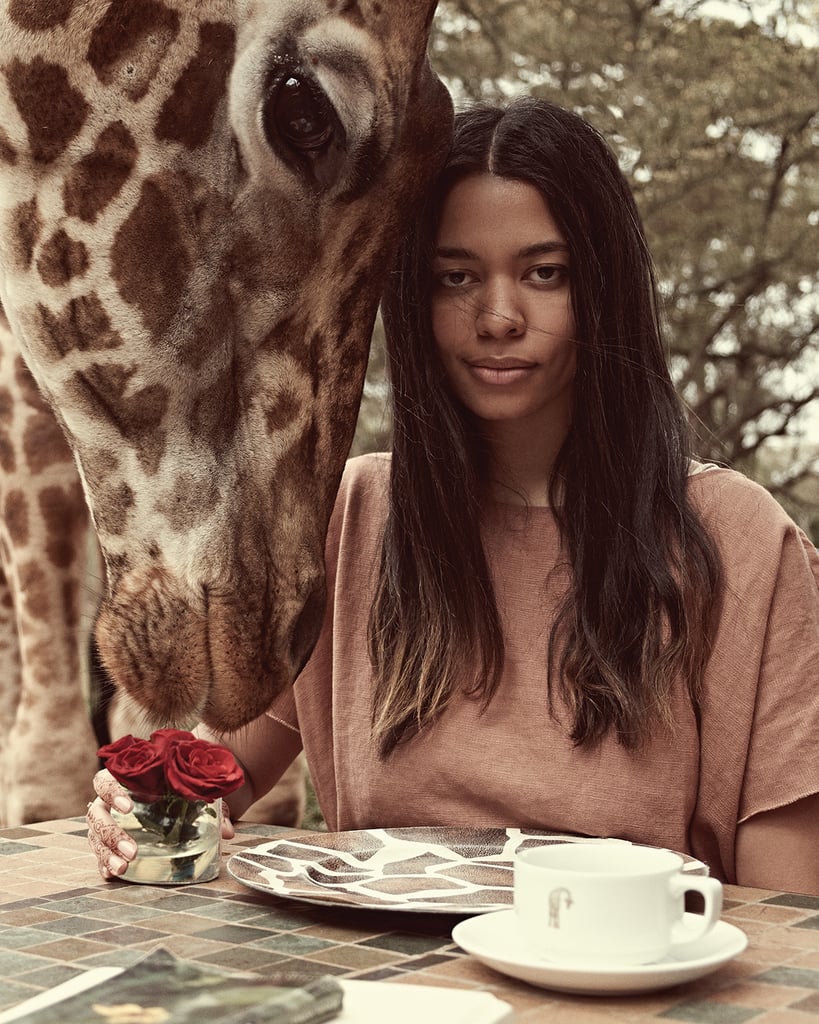 Grace Bukunmi: Since becoming one of the first black women to win a CFDA award, do you still find a dearth in diversity among fashion designers? If so, whose responsibility is it to rectify the imbalance?

Aurora James: There are some [designers of color] and I wish there were more. I think it kind of comes down to the way that the system’s built. Not everyone still has an equal opportunity to be able to come intern in New York City for an entire Summer. That’s really expensive. I think that when you take a lot of factors like that, that’s where you end up seeing some of the disparity. Fashion is still a pretty old-school industry. It’s not really as progressive as everyone thinks when it comes to corporate infrastructure. But is it anyone’s responsibility? I don’t know. I would hope that people just keep an open mind when they’re hiring and not always just try to go through friends of friends of friends. And I think, hopefully, Instagram is opening peoples’ eyes to all the different types of creative people out there as well.

GB: I think having sustainability as a foundation for Brother Vellies since its inception has contributed wildly to its success. Since you’ve expanded your collection, how have your original goals transformed?

AJ: When I first started, obviously, it was very different because I was in Africa making small batches at a time and bringing them back. So we’ve really been keeping our eyes on some of the bigger-picture goals. For me, that’s about creating as many job opportunities in Africa as possible. We still need to make sure that we’re building in a very thoughtful, cautious way. We need to make sure that we have artisan partners who are aligned with our goals and are going to make sure that everyone they’re working with is taken care of. I have to think on a much larger scale now, because I can’t really do some of the levels of sourcing that I did before, which was on a really micro level. Now, when I’m creating specialty products, I need to make sure that the specific product that I’m training people on is going to have some level of longevity so that they’re not just not working for one season and then don’t have a job afterward.

GB: I’ve always admired how imaginative and intricate Brother Vellies designs are. Can you describe the first piece you ever designed, either as a professional or even as a kid, and what you wanted to express with it?

AJ: To be honest, a lot of my early designs weren’t related to shoes. They were related to furniture and food, if that makes any sense. I was really, really creative when it came to food and plating food as a child. And I was always super into architecture. My mom sewed a lot when I was younger. I think that design was sort of just — no pun intended — woven into the DNA of who I am and how I was raised.

GB: Your designs showcase the rich, multicultural influence of African diaspora. Can you explain why you felt it so imperative to integrate, and economically cultivate, countries like Kenya, Namibia, Ethiopia, and Nigeria?

AJ: The fashion industry has taken so much inspiration from different cultures over the years. For me, when you take something from someone, especially someone who is less fortunate than you, and you don’t give them anything in return, that’s a form of theft. If I was inspired by a group of people whom I could actually involve in the process, and also maintain the authenticity of the original inspiration, then why not? Just trying to replicate that process at a factory in China to me isn’t the same. It’s like the difference between a fake butterfly and a real butterfly. One is super magical and the other is made out of weird paper.

GB: Speaking of your work with African artisans, what has the response been from African communities whose traditional elements have inspired Brother Vellies shoes?

AJ: I think that it’s a little bit mixed. I think the bulk of people are very excited and are celebrating it and are extremely happy to see their culture represented in that way. Also, because a lot of people in America are really displaced from their own cultures and roots, I think a lot of people are interested in fashion because it’s an interesting way to explore your own background. With Vellies, our very first shape was this tragically uncool thing to wear in South Africa at the time when we started making it. Then we started selling it at Opening Ceremony, and JAY-Z had some, and suddenly it was like, “Oh, wow! Actually, this thing holds value and we don’t have to only value things that aren’t ours.” Part of the goal is to change the value systems that exist there, as well. It was very jarring for me to go to Kenya and see that everyone was trying to dress like Cristiano Ronaldo. It was really disheartening to me, but I understood it; with the economy of used clothing donations there, people aren’t embracing their traditional cultural apparel anymore. I hoped that by us celebrating it over here, they could also start understanding the value of their own culture that’s been stolen from them.

GB: What advice would you give other women business owners who are trying to tap into their ancestral identity? Especially women of color who have been historically marginalized?

AJ: I would love to see women of color try to support each other more within the fashion space. Researching, talking to each other, sharing information, community building, etcetera. Just taking time out and being like, “I want to support you because there’s a part of you that’s intrinsically linked to who I am, and I want to learn more from you.” Also, just remember that every time you spend money, you’re voting for something and you are validating the existence of that thing. So if we don’t want McDonald’s to exist anymore, or we don’t want to support the National Enquirer magazine, don’t buy that. If you don’t want to read about whatever celebrity, don’t click on that. We have the power to sort of dictate those things. I think our culture will be raised up if we raise it up by engaging with it as much as possible.

GB: I would love to hear your experiences as a Canadian-born, Brooklyn-based woman who spends a good amount of time in various countries across Africa. How has that shaped your political consciousness?

AJ: I always say that America is like a cultural melting pot and Canada is more of a mosaic. In Toronto, specifically, people tend to maintain their own culture a little bit more and sort of just integrate it with other people and other ways of life. I think we kind of all celebrate our cultural differences. So that was a really great foundation to build from. Then, I was in Jamaica for three years when I was younger, so that also gave me a totally different viewpoint of the world. I also had a lot of pen pals from Africa because my grandmother sponsored children in Africa and I was always writing with them and understanding the differences of their lives vs. my life. I think that gave me an awareness of how big the world is.

Even though I can be in Canada, and someone else can be in the DRC, as a 15-year-old girl, we’re kind of sharing a similar source of angst, even though the depths of their despair, at times, are definitely going to greater than mine because I have a much larger privilege than they do. We also have to acknowledge that we have access to a lot more potential than the people do in the rest of the world. We need to harness that opportunity and when we have that opportunity, we need to use it to lift other people up.