At 4 p.m. on a Friday there’s already a massive line of avid fans waiting for a glimpse of Travis Scott, whose temporary shop on La Brea is the latest in the tour merch pop-up craze. Surprisingly, the inside isn’t littered with meaningless paraphernalia. Instead, it looks like a boutique luxury concept more likely to be found on Beverly Hills than its current locale. The center of the space has been visually commandeered by a majestic, graffiti bald eagle on white canvas. Dangling overhead are miniature plastic eagles circling the roof as if scouting prey.

Aside from the decorative streak, the layout favors minimalism; there are only a few items displayed in corners. The actual assortment is comprised of custom garment-dyed hoodies, long-sleeve meets T-shirt hybrids, track pants, beanies and Levi’s denim trucker jackets exclusive to each city in the multi-city pop-up experience.

After greeting the many fans lining La Brea in hopes of meeting him, Scott also gave us a moment of his time and answered a few questions about his work, his affinity for Toyota, and the significance of the Bald Eagle. 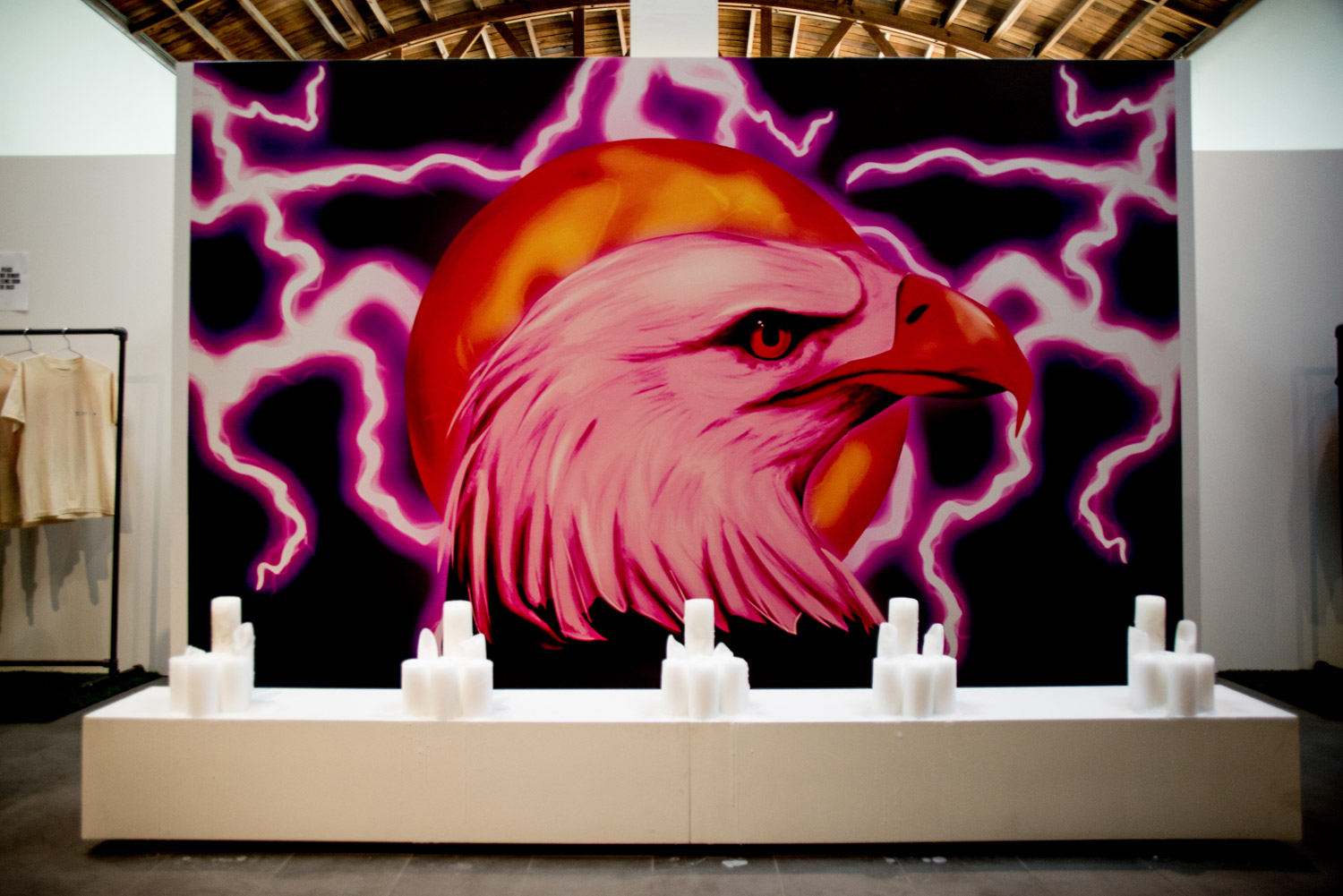 What’s your favorite part of the design and creative process?

Why Hood Toyota? What’s your connection to Toyota?

At the end of the day it’s not just a pop-up. It’s a sample of the merch booth; it’s an extension of my tour. I couldn’t fit a car in the merch booth so I had to give people an extension of what I wanted through the pop up. The Toyota thing has always been a part of me. My homie Dozy used to come scoop me two hours away on my campus in San Antonio in his Toyota Camry. Toyotas are some of my favorite cars. I own three of them. One of them is actually on the floor right now. I actually lost my virginity in a Toyota.

What is your attraction to the bald eagle?

I’m from Texas, the bald eagle is part of our culture. You’ll definitely know more about why when you come on my tour. You’ll see why I’m so attached to eagles there. I actually have a traveling pet eagle.